Today is Edward Abbey’s birthday, and it’s also the time for Downtown Abbey airing on PBS in the U.S. A couple of years ago, I compiled these quotes, paired for contrast and humor. I am a fan of both Abbeys, but I also understand and tend to agree with their critics. These quotes are for fun and laughs and clearly do not represent the complexity of either the writer, the show, or the phenomenon of both Edward Abbey and Downtown Abbey.

I love reading Edward Abbey and adore watching Downton Abbey. At first, one would think they are quite different, but when one digs deeper there is a similar contrariness to them both. I thought it would be fun to compare and contrast the two by sharing some quotes. The quotes are coupled on similar topics and paired for humorous effect. Enjoy Abbey fans! 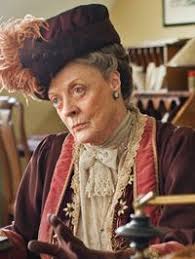 Downton Abbey:  “Why does every day involve a fight with an American?” —The Dowager Countess
Edward Abbey:  “England. After a few months in England, one finds that one likes the Scotch very much.”

I am a composter, an environmental educator, a runner, a writer. View all posts by Kary Schumpert @runningintolife